Last weekend, we were at our family’s annual craft camp event in southern Missouri. My mom has been organizing this event for the past twelve years. When we began, I was pregnant with Lann and eventually I retired as the assistant director and Mark took on the role of the assistant (primarily on the technical side). Last year, the workshop was scheduled to begin the day my grandma died and since my mom was 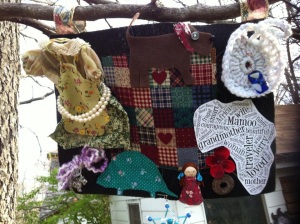 in California with her, we handled it and it was hard but we did it. This year, it began on the anniversary of her death and it is the last year that my mom is planning to be the director and organizer of the event. The night before we left for craft camp, my family had a mini memorial ceremony with my parents in which we hung up the prayer flag we made as a family and then had some chocolate chip ice cream and memory time together. Zander said he really thought Mamoo would get to see him grow up ( 😉 ) and the boys talked about how much she would like the bench at the zoo by Sea Lion Cove that my aunt and other family members placed in her honor. Alaina picked violets to put by the hydrangea. We remember how much she liked interesting animals and her knitting and her dolls and her travels and stories. I took her Hitty doll who traveled with her out of the case to hang out for a while. Because Mamoo lived so far away from us, it can sometimes be easy to think she’s still there working at the zoo and walking her little Bonnie dog. We miss her a lot.

Late last year I entered a contest from Portraits by Gessell for a charcoal drawing. We had to submit a picture and story and I submitted one about my grandma. I won (yay!) and on the anniversary of our loss she gave us this beautiful drawing. I absolutely love it and am so impressed by Gessell’s skill at capturing my grandma’s essence in this way. (I gave the drawing to my mom.) 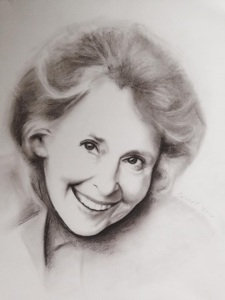 Since I am still teaching Working with Families, just as I was at this time last year, this week in class I showed my students some pictures of my grandma. They just finished an involved genogram assignment which is about three generations of their family history. One of my students brought pictures of his ancestors to show the preceding week and I figured they could handle seeing a couple from my family as well. I’d picked out four favorites to show them, but they surprised me with how interested in they were and how many questions they had, so I actually ended up opening the whole file folder of pictures that my aunt so carefully collected and prepared into a beautiful slideshow for my grandma’s memorial and showing them more pictures from the folder. They would say, “wait, back up! Show us that one. The one with the hat!” And, so I would and it was fun and nice and I was really happy to share the experience with my class. It felt right.

While at craft camp, we took a little visit to Round Spring with our friends. It was lovely (though my kids were obnoxiously bored immediately and I didn’t get to enjoy it much). 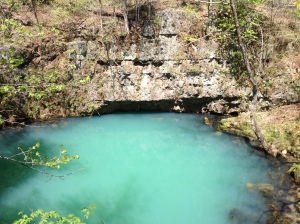 While I was internet-free for three days, I did a lot of sculpting. I made a special request new cesarean mama: 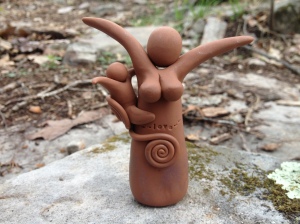 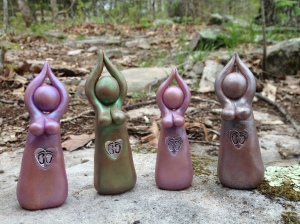 And several others just because I felt like it! 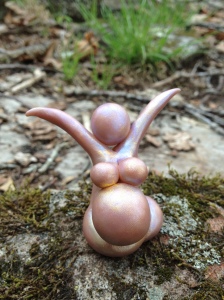 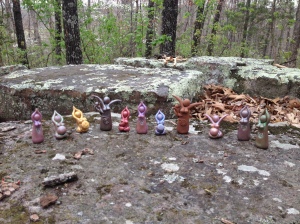 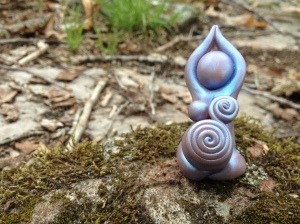 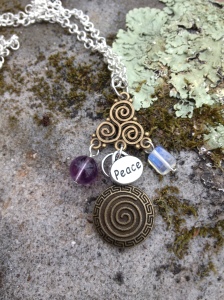 And, we added some pretty Healing Hands doula pendants to our etsy shop: 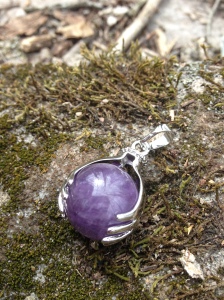 When we got home, I was surprised to get a royalty check from Amazon for sales of my miscarriage memoir. I had no idea any had actually sold after that first month! In an uncharacteristically unsupportive remark, Mark said: “are you sure that’s actually from selling your book and not reimbursement from one of those class-action lawsuit things?” 😉

I’m in the middle of planning an LLL Mother’s Day picnic on May 10th! We’re having a photo shoot fundraiser was well as family picnic and fun times.

And, in companion to my post from earlier this week, two new baby chicks hatched naturally with our broody mama today. I think some hatched on my birthday last year too (tomorrow).

I have more to write about, but it will have to wait until later I suppose!