In the animated children’s movie Ponyo, which we watched on Netflix, the two main character children encounter a father, mother, and baby floating in 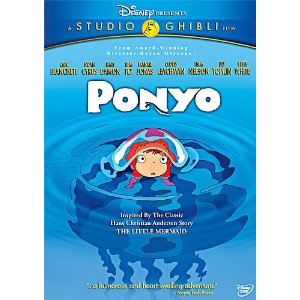 a small boat in the flooded town. Ponyo attempts to give the baby a drink from her thermos and the mother says, “no, he gets his milk from me. I can drink it and make milk for the baby and he can get it that way.” The little boy then says, “when I was little my mom made milk for me too.” Ponyo then tries to give the mother big stacks of sandwiches saying, “for milk! For milk! Here, you can have this for milk!” It was really cute 🙂

Then, I finished reading a novel called Medicus on my Kindle. It was a “novel of the Roman Empire” about a military doctor in Britannia during the Roman occupation. It was a mystery book, but definitely not a traditional sort of mystery. The doctor ends up buying an enslaved girl to stop her from being abused and investigates the suspicious deaths of several prostitutes/slaves. It is noted several times that the girl has “some skill in midwifery” and that she used to attend births with her mother. Towards the very end of the book, the doctor is called to attend a complicated birth in which the baby is transverse and everyone is pretty sure both mother and baby will die. She has been pushing for a long time and is all worn out. The doctor enters the room and has no idea what to do. He says, “I’m only a medic. A surgeon. Where’s a midwife?” And, with a few dramatic twists, the slave girl with some midwifery knowledge is convinced to come help, turns the transverse baby, and saves the lives of both mother and baby who are later described as nursing happily (the mother “pale, but alive”). Birth often makes a dramatic appearance in books and films, but the drama usually involves the baby, mother, or both then dying. So, this was a refreshing change as well as a nice plug for midwifery 🙂