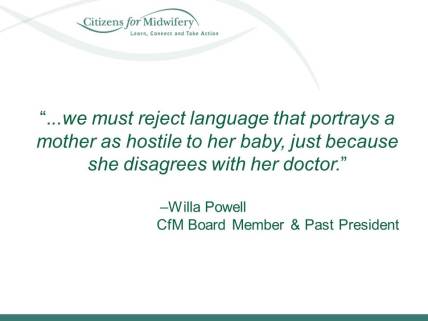 April is Cesarean Awareness Month and a lot of great resources have been catching my eye! First, there is a free webinar about the “Natural Cesarean” coming up on April 11th.

If you’re a first-time parent, make sure to check out 10 Tips for Avoiding a First-Time Cesarean from Giving Birth with Confidence. This blog also has a response to the question of Are “Big Babies” Cause for Cesarean?

And, of course, also check out ICAN’s blog for an ongoing collection of Cesarean Awareness Month related posts as well as helpful cesarean awareness information on a year-round basis.

Science & Sensibility offers a great round-up of resources for clients and classes with regard to cesarean births, cesarean rates, and cesarean prevention: April is Cesarean Awareness Month! Resources for You and Your Classes

One a related note, Science and Sensibility also has a two-part series of posts analyzing the role of doulas in reducing cesareans for mothers using Medicaid:

Medicaid Coverage for Doula Care: Re-Examining the Arguments through a Reproductive Justice Lens, Part One

More fundamentally, however, we argue that doula benefits cannot be captured solely through an economic model.  Neither should doulas be promoted as a primary means to reduce cesarean rates.  Both strategies (economic benefits and cesarean reduction) for promoting doulas have significant barrier.

However, greater attention needs to be paid to issues of privilege and oppression within the doula community at large.  Advocates need to consider how the prioritization of the cesarean rate as a primary research or policy issue reflects a certain level of unexamined privilege. For those facing spotty access to health care, cultural and linguistic incompetence in care settings, the detrimental effects of the prison industrial complex and the child welfare system on families, and the effects of poverty, racism, and/or homophobia in general, there are other, perhaps equally pressing concerns surrounding childbirth than over-medicalization. Certainly, unnecessary cesareans and over-medicalization are detrimental to everyone, but we need to understand how the effects of these problems play out differently for differently situated people and not limit advocacy to these issues.

When I consider coercion into unneeded cesareans, I think of my own post addressing the flawed notion of Maternal-Fetal Conflict and from these earlier thoughts, I created the little graphic for Citizens for Midwifery seen above.

I think it is fitting to remember that mother and baby dyads are NOT independent of each other. With a mamatoto—or, motherbaby—mother and baby are a single psychobiological organism whose needs are in harmony (what’s good for one is good for the other).

As Willa concluded in her CfM News article, “…we must reject the language that portrays a mother as hostile to her baby, just because she disagrees with her doctor.”

I was honored recently to make a series of sculptures for mom recovering from a traumatic cesarean and hoping for a VBAC in the future. I hope to make a more detailed post in the future describing these figures and what they’re trying to communicate! 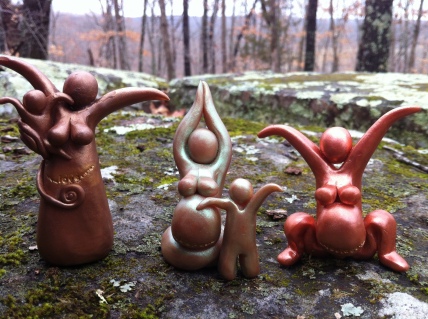 I dug into the archives and found some older posts either about cesareans or relating to cesarean prevention:

Cesarean Birth in a Culture of Fear Handout

Guest Post: Abuse of pregnant women in the medical setting

The Illusion of Choice

Helping a Woman Give Birth?