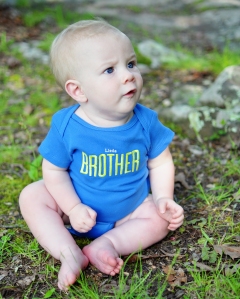 I saved my seven month update post until we got our pictures back from our spring family photo shoot. I decided I really wanted new family pictures for Mother’s Day this year. It took a lot of date-wrangling, but we finally got them to work out at the end of May with our favorite family photographer (Karen has been chronicling important moments for us for more than five years!). We got some family pictures: 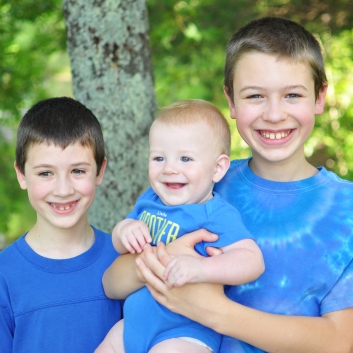 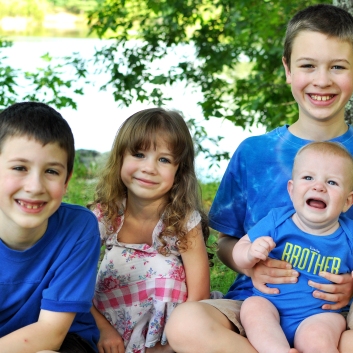 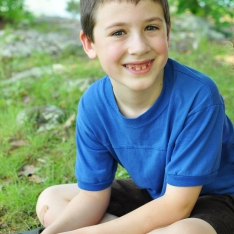 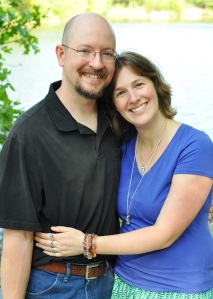 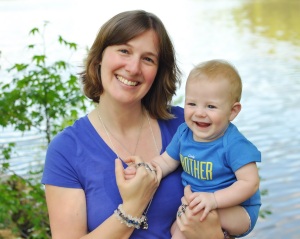 and some new profile pictures for me:

Okay, seven month Tanner tidbits! He dances! That’s one of the cutest things I’ve ever seen since the last time I had a dancing baby. He loves the guitar. Mark plays daily and it is a sure way to attract baby-attention. He also still loves to go outside—writhes and twists to try to direct adult-transport-unit out of doorway. He claps hands and sort of waves. Also still seems to say with accuracy, “hi,” “love you,” and now “ma” (while crawling after me or looking for where I’ve gone). Since he is on the move so much, I’ve found we’ve fallen off the EC bandwagon almost completely, except for mornings and after naps. I remember going through a similar stag with other kids. His army crawl is ancient history and I’m afraid the only video I have is one the kids took of him! He speeds around the house in a normal crawl now and pulls up, including on flat surfaces with no handholds (like the front of the dishwasher). He cruises with impunity and even occasionally lets go for a second or just holds on with an elbow or part of one arm. He continues to push a little beyond what he is actually physically ready for and as such misjudges and bonks head more often than I’d like!

He is a little leaner and smaller than my past babies and he has become a pretty terrible sleeper. AND, he suddenly seems to think he only needs one nap during the day! I’m feeling pretty exhausted and worn down, similar to keeping up with the mobility and destructiveness of someone closer to one. He is like a rabid squirrel monkey on steroids. Wears me out! I can’t describe how constantly on the go he is with roving/waving/scanning-to-grab hands while riding along and twisting/leaning to jump out of arms and speed away (but, often when put down then frustratingly pulling immediately back up on my legs and crying and looking desperate even though he was clearly leaping down!). It feels like Alaina is constantly yelling “choking hazard.” He has an obsession with obtaining my chapstick, my laptop and mouse, and my iphone/ipad and pursues each with dogged determination. Luckily, he gives precious hugs and kisses to make up for wild-baby-on-wheels-style.

The age range span of all my kids feels really hard to manage lately. Just any one of them on their own (or the two older ones together) seems easy. All together, it feels like someone always getting overlooked, having to wait, or not getting needs met and that’s hard. We’ve definitely reached maximum household capacity!

Even though I’m worn out and feel “old” to be doing this (in the context of the age range of my kids and the fact that I’ve been toting a small person around nonstop for almost 12 years. If I was the same age and only had him, I might feel differently!), there isn’t a day that goes by that I don’t marvel at what a treasure he is and how lucky we are to have him. He’s really amazing! And, I’m surprised by how surprising and exciting all of his developments are—you’d think I’d feel like, “been there, done that,” but instead he seems quite a bit different than other babies I have known. He’s so baby. We say it all the time, check out the babyness of this totally baby baby…