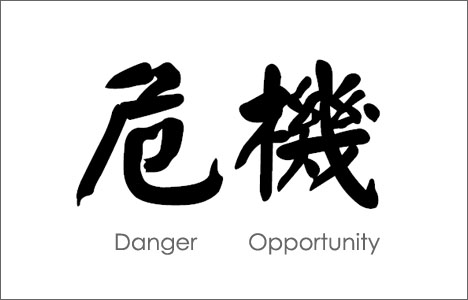 Anyone who has planned a homebirth has probably heard the, “If I’d had my baby at home, I would have died” remark more times than they can count. It seems to be almost a default response to mentions of homebirth. I used to have a pet peeve about this, because I was almost certain that most of time the people saying it had been nowhere close to death! It seemed like an overly dramatic, overreaction to a normal life process, etc., etc. And, also that we’ve been so brainwashed by the media into thinking birth is this life or death emergency that that filter then artificially colors our perceptions of events and dramatically affects our social lexicon of birth. (However, I also have the companion thought that in many countries, birth does remain a life or death experience for women and babies. Maternal and infant mortality are significant issues and are not subjects to be taken lightly. And, mothers and babies in the U.S. do, in fact, die sometimes. It isn’t just a third-world country thing!) Another statement that used to confuse me was when birth writers say things about giving birth bringing you to the, “edge between life and death.” This didn’t match my own to-that-date birth experiences, which had not ever involved feeling like dying.

So, these things said, it has been very, very difficult for me to write about my own feelings of being close to death following the miscarriage-birth of my third son in November 2009. I really, truly felt like I might be going to die after he was born. I have never felt that close before, but I reached that “edge” after him, and I had the visceral experience of the veil between life and death being very, very thin. And, the feeling did not occur in a scary way, but in a resigned, “oh, so this is how it is going to end, too bad I still had so much I want to do with my life!” kind of way. I felt okay with it actually. A type of acceptance that my time was over. Since everything turned out okay in the end, I haven’t had much reason to process that feeling, but it was very, very intense. And, actually it was also life-changing in several areas of my life, including in terms of my spirituality (I semi-joke that my miscarriage-birth was a “religious experience” for me, but truly, in a way it was). However, I can hardly manage to write about it. And, looking back, I remain amazed that it was humanly possible to bleed as much as I did, especially because at that point early in a second trimester pregnancy I didn’t have the whole 50% increase in blood volume that you have by full-term!

I think I don’t talk much about my own “almost died” experience because obviously, in hindsight, I wasn’t almost dying (since I didn’t), I just felt like I was going to. But, this is the key…the fact that I wasn’t truly dying doesn’t mean that I didn’t truly feel as if I was—and, genuinely so, not in just an irrational fear-planted-by-the-media way. This has given me new insight into the “almost died” remark that seems dished out so casually. I used to think it was primarily a risk-based/skewed/brainwashed attitude, rather than an emotional thing, but I have an understanding now that it more often probably represents how she felt (or perceived the situation) and that her feeling really matters. It was real. And, I now hear and honor that feeling (rather than secretly thinking “yeah, right!”), because the feeling was real. And, that means, to her, she really did “almost die.”

I’ve also come to realize that despite the many amazing and wonderful, profound and magical things about birth, the experience of giving birth is very likely to take some kind of toll on a woman—whether her body, mind, or emotions. There is usually some type of “price” to be paid for each and every birth and sometimes the price is very high. This is, I guess, what qualifies, birth as such an intense, initiatory rite for women. It is most definitely a transformative event and transformation does not usually come without some degree of challenge. Sometimes to be triumphed over or overcome, but something that also leaves permanent marks. Sometimes those marks are literal and sometimes they are emotional and sometimes they are truly beautiful, but we all earn some of them, somewhere along the line. And, I also think that by glossing over the marks, the figurative or literal scars birth can leave on us, and talking about only the “sunny side” we can deny or hide the full impact of our journeys.

During Pam England’s presentation about birth stories at the ICAN conference, she said that the place “where you were the most wounded—the place where the meat was chewed off your bones, becomes the seat of your most powerful medicine and the place where you can reach someone where no one else can.“

6 thoughts on “The “Almost Died…” Remark”