“…Lately under the lunar tide
Of a woman’s ocean, I work
My own sea-change:
Turning grains of sand to human eyes.
I daydream after breakfast
While the spirit of egg and toast
Knits together a length of bone
As fine as a wheatstalk.
Later, as I postpone weeding the garden
I will make two hands
That may tend a hundred gardens…” 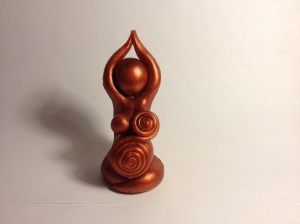 This week I enjoyed this interesting article about the placenta:

The picture draws attention to an organ that, while ephemeral, once sustained us all. “The placenta really is a marvel of design,” says Barker. “It is the only organ designed to be disposed of after it performs its function.”

via Picture of the Week: Human Placenta.

I keep hoping to write a post about Tanner’s placenta and its velamentous cord insertion, but keep running out of time to develop it. Someday! I did write about the placentas in general and how to honor them in this past post:

…I think the reason the placenta might not get as much acknowledgement and appreciation as it deserves is because it then pales in comparison to the miracle of a whole new person suddenly showing up on the earth as well. Forget growing a new organ, I just gave birth to a new person!!!! And so, the placenta may be cast aside with hardly a glance or even much thought to its powerful role in pregnancy and the sustaining gift of life it offers.

Not related to placentas, I was also extremely interested by this article about medicating women’s feelings:

…Women’s emotionality is a sign of health, not disease; it is a source of power. But we are under constant pressure to restrain our emotional lives. We have been taught to apologize for our tears, to suppress our anger and to fear being called hysterical.

In my classes, I tell my students that it we must be aware of whether we are putting people into untenable situations and then expecting them to cope “normally.” When their coping with a completely abnormal, unbearable situation isn’t “normal behavior” then it is pathologized (and may be medicated). The thing that really needs to change on many occasions is the environment surrounding the stressed person, not the fact that person personally is experiencing stress.

It makes me think of my own past article about the “Of Course” response:

You feel healthy and beautiful, but now your doctor tells you that you’ve “failed” the GTT and are now “high risk,” of course, you feel stressed out and…like a high risk “patient.” You tried really hard to labor without medications, but you were “strapped down” with IV’s and continuous monitoring, of course, you felt like a trapped animal and like you had no other choices but medications. Of course, you feel upset and discouraged that your baby is ‘rejecting’ you and your breast after having been supplemented with bottles in the nursery. Of course, you are crying all the time and wondering if you are really cut out to be a mother, when your husband had to return to work after two days off and you are expected to be back at your job in five more weeks. And, so on and so forth.

“The ‘Of Course’ response affirms that those who feel crazy, powerless, alone, confused, or frustrated within unhealthy systems such as patriarchy are experiencing just what one would expect of them.”

via The Of COURSE response… | Talk Birth.

An example of what I mean can be found in the same article about medicating women:

But at what cost? I had a patient who called me from her office in tears, saying she needed to increase her antidepressant dosage because she couldn’t be seen crying at work. After dissecting why she was upset — her boss had betrayed and humiliated her in front of her staff — we decided that what was needed was calm confrontation, not more medication.

Maybe it is okay to be upset when things are upsetting. What a revolutionary concept! 😉

Talk Birth passed the 800,000 hit mark earlier in the week. I plan to have a special giveaway to celebrate this milestone soon, but I have to finish up my end of session paper and exam grading work first.

Despite all the grading, I did manage to get some of our new line of mindfulness bracelets up on etsy this week though and I just love them! 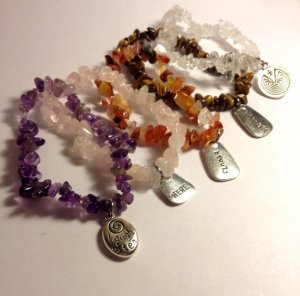